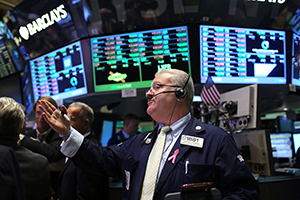 There are financial markets located throughout the world. Some are larger than others and represent more of the global economy. However, many countries that have lagged behind the rest of the world economically have their own emerging markets. In Bangladesh, this is the case with their primary securities market being the Dhaka stock exchange. This market has recently seen a bubble collapse similar to the one experienced by US markets in 2009 and 2010. This has left many people wondering what went wrong with the Dhaka stock exchange.

This market actually traces its origins back to the incorporation of the East Pakistan Stock Exchange Association Ltd in 1954. Actual trading did not begin until 1956. The name was changed by removing the word “Association” in June of 1962. In May of 1964, the name Dhaka Stock Exchange was adopted. Trade was halted in 1971 and resumed in Bangladesh 5 years later.

The market experienced a crash in 1996 when bullish investors forced stock prices to rise well beyond their actual value and created a bubble that burst. The same thing has happened again in 2010.

The Growth in Last Few Years

From 2003 to March 2010, this market has experienced steady growth in market capitalisation and share prices. On the surface, this looks like a positive factor. To a certain extent, this is true. The market fundamentals have remained solid with steady growth until February of 2010. Then, the market began to experience a sudden surge in stock prices and market capitalisation that was not supported by the fundamentals.

A portion of this can be blamed on an exaggerated increase in the market index that resulted from the addition of Grameen Phone IPO. However, this only explains a small portion of the surge.

END_OF_DOCUMENT_TOKEN_TO_BE_REPLACED

The most common method of valuating stocks is based on corporate earnings. Most people look at how much a company earns per outstanding share of stock as a net profit, the amount earned after all bills are paid. To make this easier to understand, we are going to show a highly simplified example.

The earnings per share is a simple calculation that is arrived at by dividing the earnings of a company in rupees by the number of outstanding shares of stock. For example, ABC Corporation reports earnings of 1 million rupees for the year. There are a million shares of stock outstanding. 1 million rupees divided by 1 million shares equals an EPS of 1 rupee per share. This is called a trailing EPS because the calculation is based on reported numbers for the previous year. To make a more pertinent evaluation of a company’s worth, it is important to look at stock valuation – price earning ratio.

END_OF_DOCUMENT_TOKEN_TO_BE_REPLACED 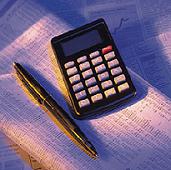 There are many different ways to look at a company to determine if it will be a good investment. While price per share earnings are one of the most common types of revenue based stock valuation, there are times when a company may not report positive earnings due to high tax burdens, expansion costs, and other expenses. Even when this is the case, the company still produces revenue during day to day operations. Understanding some of the methods used for valuation will help you to identify the best investments.

In order to assess a real revenue based valuation, one must take a look at the price/sales ratio. This is calculated using the company’s market capitalization, a figure that is equal to the current market price of stock in the company multiplied by the number of shares outstanding. In other words, if the current share price of the company’s stock is 100 rupees and there are 1 million outstanding shares, the market capitalization would be 100 times 1 million equals 100 million rupees.

END_OF_DOCUMENT_TOKEN_TO_BE_REPLACED

The FX market is also known as the international foreign exchange market. Dealing can take place between any two countries with unique monetary systems is the foundation for the fx market and the background of the trading in this marketplace. The FX market is over 30 years old, established in the 1970′s where you are not speculating or dealing in business concerns instead it is based on the buying and selling of currencies.

The main difference between the fx market and the stock market that difference is the amount of trading that goes on here an amazing two trillion dollars or more can be traded each day A much higher amount than the money that is traded on the daily stock market of any country. The forex market is one that involves multiple financial institutions within a country and another countries counterparts to those institutions.

END_OF_DOCUMENT_TOKEN_TO_BE_REPLACED

FOREX (FOReign currency EXchange) is a market that allows investors to trade currency from one country for that of another. Unlike most financial markets, this one operates 24/7 with different centers coming online at different times around the world. Until recently, it was the private market of banks and large corporations. Today, regular investors may trade on this market using a variety of different brokers and platforms. This FXCM review will show some of the advantages of FOREX trading with FXCM (FOREX Capital Markets).

No FXCM review would be complete without a brief discussion of its history. FXCM was formed in New York, USA in 1999. This company was one of the pioneers of online FOREX trading. This experience assures users of expertise in obtaining market signals and financial news releases that can affect their trading strategies.

FXCM is a publicly traded company listed on the New York Stock Exchange. As such, it is regulated by the NFA (National Futures Association) and CFTC (Commodity Futures Trading Commission) in the US. Being a multinational corporation, this firm is also regulated in the UK by the FSA (Financial Services Authority), the FSA in Japan, and the ASIC in Australia. This makes them one of the most heavily regulated FOREX brokers in the world.